All the fun of the Christmas Fayre

The Year 13 Christmas Fayre raised laughs across the academy as well as more than £100 towards the 2014 end-of-year ball. 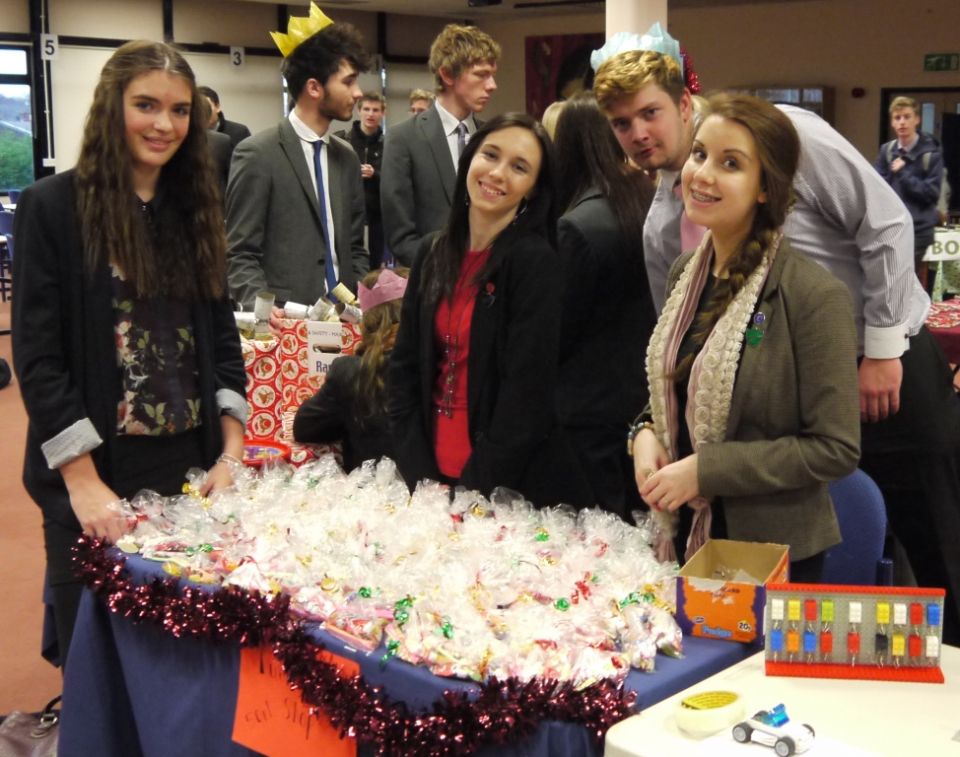 The Year 13 Christmas Fayre raised laughs across the academy as well as more than £100 towards the 2014 end-of-year ball.

All the form groups in Y13 were set the task of creating a stand they could run for a lunchtime, ranging from gingerbread decorating to Just Dance on the Wii.

With all money raised going towards the Y13 ball at the end of the school year, the competition was really on to see which form could raise the most.

Third period was frantic as everyone made their last-minute arangements, with members of staff trying to figure out how the CD player worked and sneaking  a warm-up on Just Dance before taking on the lower

When lunch arrived, everyone arrived to join in on the festive fun. We had Y7’s pinning the tail on Rudolph, and students trying to knock down tins for a prize.

After that, they headed over to buy some hot chocolate or just soak up the atmosphere. And, of course, there were amazing Christmas cakes and goodie bags that could be bought to make the festive feeling last even longer.

With initial estimates saying we have raised more than £100, Y13 should be proud of what they have achieved - not only in financial terms, but also in helping to spread Christmas cheer around the school. Merry Christmas everybody!