Teams from five schools were asked to design a heat-shield for a spacecraft in a contest staged in conjunction with the National Space Academy, the Ogden Trust and The Institute of Physics,

Below, a member of The Priory's team gives her account of a fascinating afternoon in the Newton Centre ...

Review of the Girls in Physics event 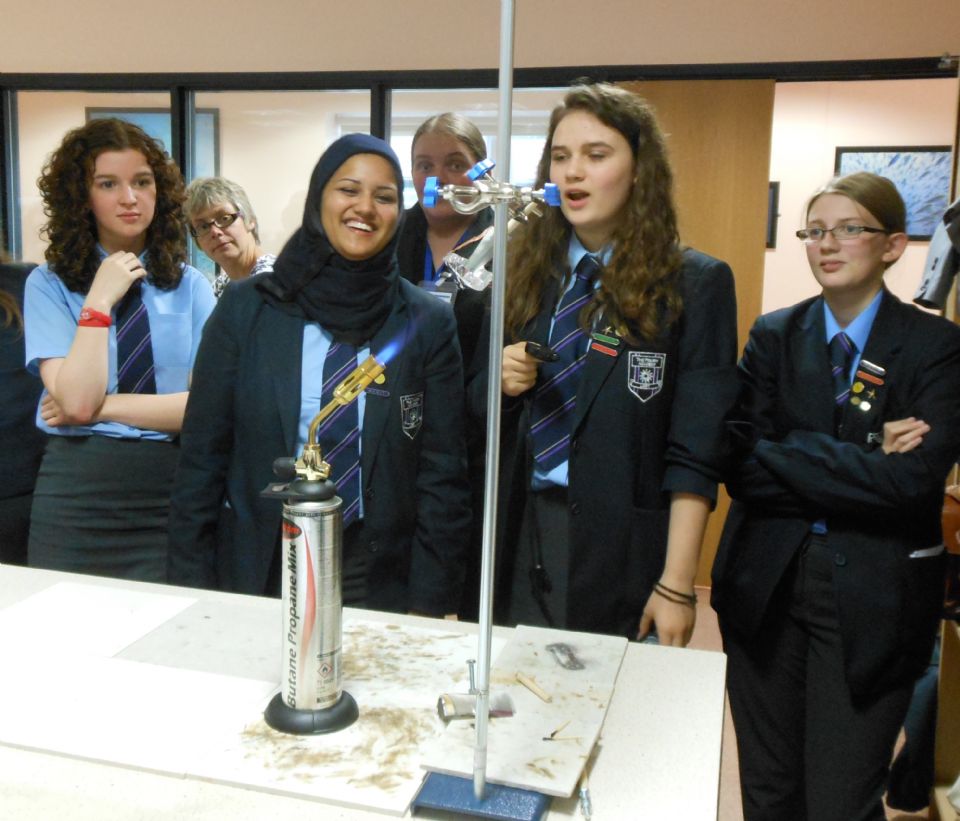 On Wednesday 11th September, Mrs Rowsell arranged for an event to be held at the Priory Academy LSST, which was designed to encourage more young women to consider physics as a career.

This event, called ‘Girls in Physics’, was supported by the National Space Academy, the Ogden Trust and The Institute of Physics, and five schools were invited to participate with a team of four girls, who had to be in Year 11.

I was one such girl, along with my team: Scarlett, Ellie and Holly. Since I was already very interested in Physics, especially astronomical physics, I jumped at the chance of participating in this event. In hindsight, I’m really glad that I as it was such an amazing afternoon!

The event started with a workshop, in which we solved an A2-level calculation – considerably boosting our confidence – and then this led on to the main part of the project.

None of us really knew what it was we were doing until we turned up on the afternoon, but we were all buzzed to be re-living our Physics knowledge. Since all four of us were separate scientists, we had finished our GCSEs a year early, and hadn’t done any Physics in a while. We thought having done the entire course might be at a slight advantage – this turned out not to be the case!

We soon found out that we would have to rely on our logic and not-so-advanced engineering skills, in order to create a prototype thermal protection system, or 'heat shield', for a vehicle re-entering Earth's atmosphere.  This would be tested at the end of the day against a powerful flame, to see how long it lasted.

Of course, this just reaffirmed to us that Space Physics is an applied subject, and much of it is about what works in practice: what we thought might work in theory, was not necessarily what worked best in reality.

Alas, Priory Witham Academy's team beat us very narrowly (by eight minutes); theirs lasting 15 minutes while ours lasted seven. Nevertheless, we came third, which we were proud of, since the competition was very tough. All the other teams worked very hard and, although nobody even touched the winning 15 minutes, all other prototypes lasted around five to seven minutes. Walton Girls' High School won a separate prize for the best design proposal. 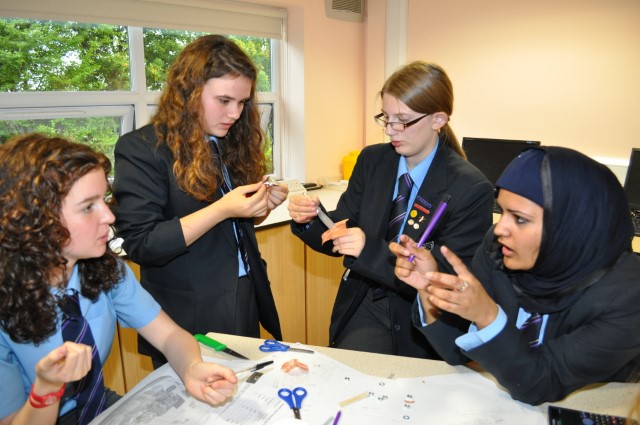 During this amazing afternoon, each team also got the chance to work closely in collaboration with a female Year 13 student, who had taken Physics at A-level. This allowed everybody the chance to ask questions and find out more about what it was like to study the subject and what the potential advantages of studying it were.

There are currently very few women who choose to study Physics beyond GCSE, and the Ogden Trust used this event to try to demonstrate to able young women that Physics would be a worthwhile option.

In the end, we all got so carried away, that we even exceeded the time that we were supposed to finish at, by 15 minutes! I can safely say that it was the most fun I’ve had in a while, and, although I was already going to study A-level Physics, this event has cemented my decision.