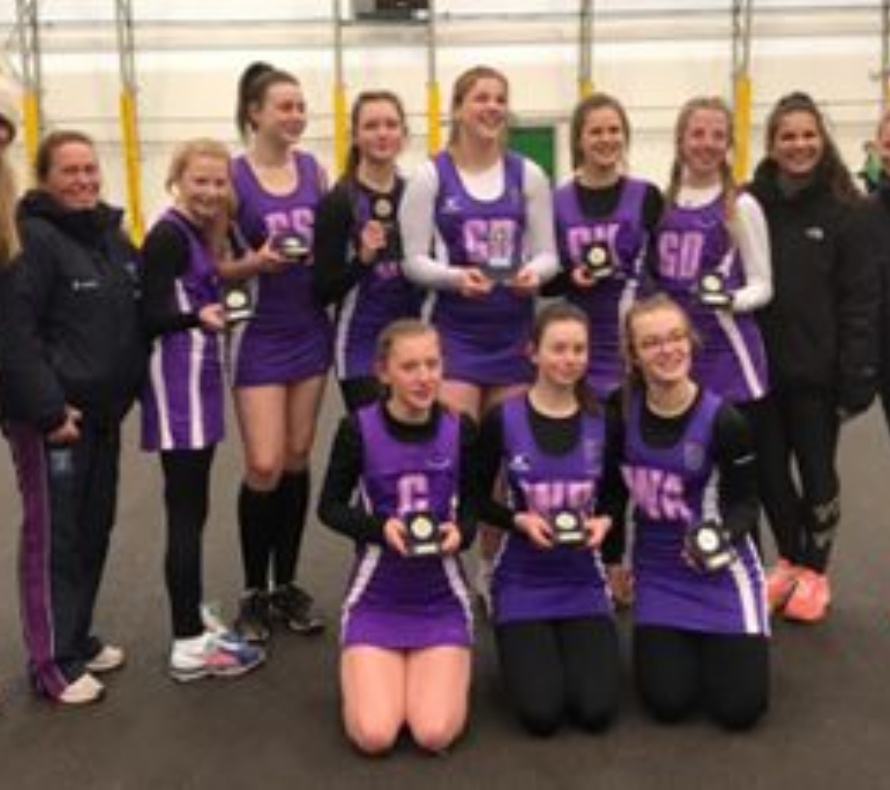 Last Saturday, a squad of Year 8 and Year 9 girls from The Priory Academy LSST competed in the U14 Regional Schools Netball Tournament in Leicester against the top nine schools in the East Midlands. Their preparation was excellent and they trained with determination in the lead up to the competition.

The U14 section was divided into two, resulting in the squad playing four other teams in the preliminary rounds. The tournament was of a high standard and the squad faced tough competition. Following a cold night the courts were a little icy in spite of salt being sprinkled over the surface. The players had to quickly adapt their game to the playing conditions with movement towards the ball and shorter passes. Disappointingly the first game was narrowly lost 4-6 to a well-rehearsed and determined Oakham.  The initial loss did not deter the fighting spirit of the squad who went on to win the next game against Trent convincingly 11-6. With one of our players holding a recent injury, the squad then had to demonstrate their versatility with numerous position changes at half time in the final two games of their section. Following another win against Nottingham Girls' High 11-8, the girls went on to win their last round against Nottingham High 10-6 securing their place in the semi-final.

The girls then met a team they had played several times before with players who were well known to them - Queen Elizabeth Grammar School, Gainsborough.  Both teams had secured a win against the other in the lead up to the competition, so there was everything to play for.  The squad was aware that to secure a place in the National Finals, they just had to win this game.  Although the opposition put up a good fight, it was not enough to overcome the cohesiveness and determination of our squad members. The girls gradually increased their lead and on the final whistle (result 13-8) a cheer went out from our players for the win and acknowledgement that for the first time in the academy’s history, the U14 squad had been successful in reaching the National Finals!

On entering the final, the squad had something to prove to the opposition. We faced Oakham again and having lost our first game to them by two goals, we needed a win. There were very few mistakes made by either team but we had definitely learnt by the ones we had made in the first game. Unfortunately, it seemed that every time our players extended the lead, Oakham would pull the score back. However, this time Oakham had left it too late (result 9-7), resulting with a regional tournament win for the Priory Academy LSST!

The staff involved and parents who came to watch were all so proud of their achievements on the day. We cannot wait to see how they perform in the national finals in Hertfordshire in March where they face the other seventeen top U14 school netball squads in the country!