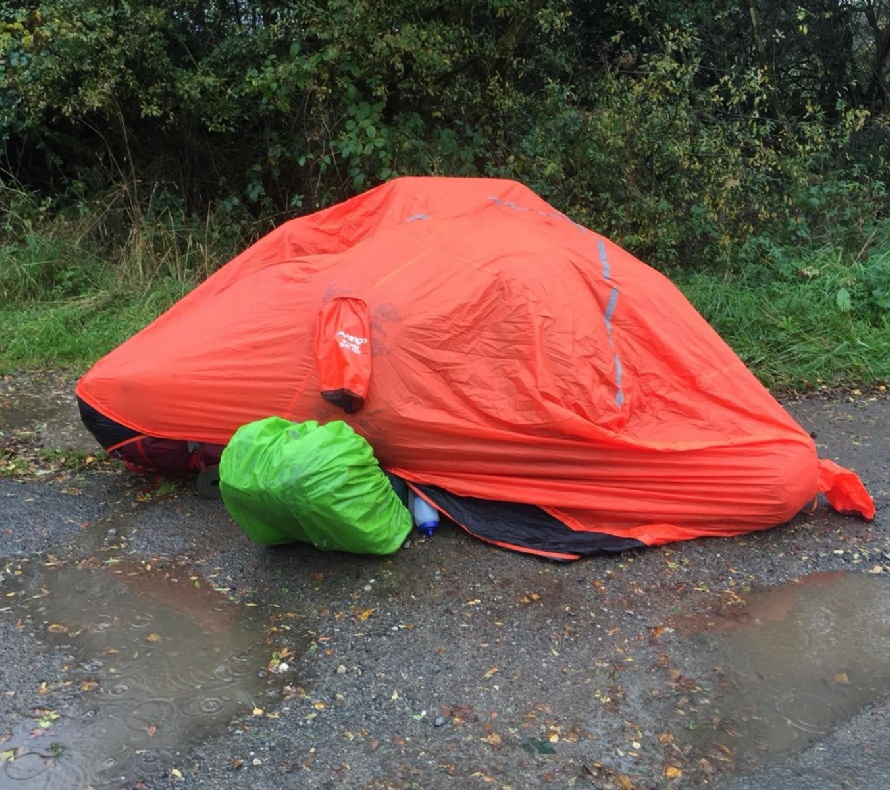 It was a cold and windy morning but spirits were high. Nineteen Year 13 students embarked on the final chapter of their Duke of Edinburgh journey: an expedition that would last for four days and three nights, covering a total of eighty two kilometres across the North Yorkshire Moors. The journey was long, and many of us took the opportunity to catch up on some sleep on the minibus before starting our expedition in the pouring rain around midday.

The first day of the expedition began in Robin Hood’s Bay and ended in Goathland, nineteen kilometres later. It was a tough day, with extremely high winds and driving rain meaning it was difficult to walk in a straight line! The wind on the moor was particularly vicious – there were many casualties including a map case, map and three rucksack covers blown across the moor, yet thankfully saved by some quick action from Elsie, Fiona and Mr Ackland.

An early start on Saturday morning meant that our group was able to attack the eighteen kilometre second day with incredible pace; we awoke to persistent rain and set off as the sun rose over the moors. Though the rain died down as the day progressed, the wind continued and as we arrived at the campsite in Rosedale at 1700 hrs we were able to get most of our kit dry. The facilities were lovely and we were all able to enjoy a hot shower and a hot meal before settling down for the night.

Day three was definitely the most challenging of the four: a twenty-four kilometre route paired with yet more rain was a killing combination. Temperatures dropped, meaning our group only had one stop throughout the eight hour day, and we arrived at Low Farm Campsite soaked to the skin. Thankfully, the lovely lady who ran the campsite took in our clothes, boots and maps and dried them out for us overnight. Another hot shower and some food left us feeling much better, and we went to sleep with the end of the expedition in sight.

It’s fair to say everyone left the campsite on Monday morning ready to finish the expedition on a high. The last day was a long slog, twenty one kilometres, but by this point we were so wet that we didn’t notice the persistent, continuous rain. It took lots of singing, laughing and crying to get us through the last day, but our group ran the last hundred metres to the sound of applause coming from the staff waiting for us at the end. A quick stop at McDonalds for some 150 chicken nuggets gave us the energy we needed for the long drive back to pack the kit away.

We learnt a lot about ourselves over the four days. Teamwork, communication and supporting one another were imperative as everybody had times when they felt as though they couldn’t carry on. It was undoubtedly an unforgettable experience, albeit one of the hardest accomplishments we have ever achieved. We are so proud of one another and of ourselves for having come through the other side.