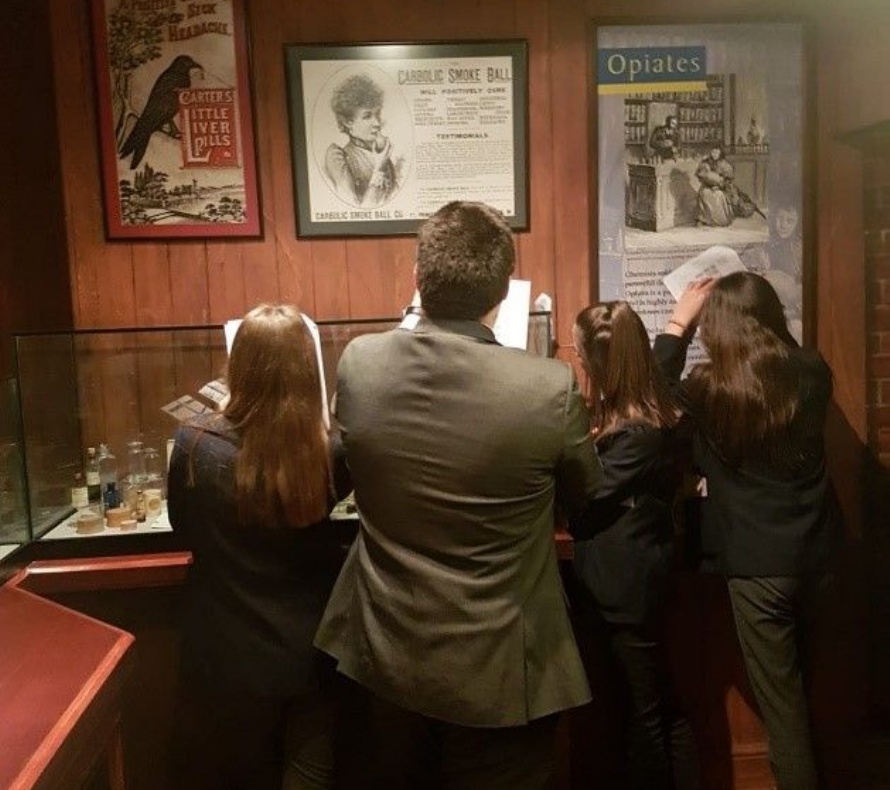 On Friday 11th May a group of Year 9 GCSE historians went to Leeds for the day and visited the Thackray Medical Museum. In Year 9 we are currently studying 19th century surgery as part of the history of medicine and this is what the museum is all about. Two coaches left the Academy at 08:00 and embarked on a two hour journey to Leeds. On arrival two groups started with a talk called “Pain, Puss and Blood”, a reference to the three problems most associated with surgery: bleeding, infection & pain. We got to smell some very pungent smells from an operating theatre in the 1800s such as: ‘BBQ’ from the cauterising of skin, ‘cigar smoke’ from when the surgeons smoked during surgery in order to get rid of the “bad air”, and ‘rotting flesh’ from infected skin. This was soon replaced with the scent of carbolic soap which we wouldn’t want to wash our hands with today. The other groups at this time went around an interactive exhibition regarding the human body before taking a tour of the development of medicine during the Industrial Revolution and beyond – completing a booklet to help with our revision in the future. In this part there were lots of things to do such as testing your strength to see if you could be a surgeon at that time as well as artefacts from the development of medicine. Later we carried on upstairs to watch a video on very young Hannah Dyson having her leg amputated! After this, the group all went round together on a walk around the old streets of England and they got to be character who would be living in that time and say what they could afford in terms of medical treatment and how they would live. We gathered and learned lots of information on Robert Koch, Louis Pasteur, and many more. By Pip Burrows-Hodge