CCF high-flier Louis Norman has become only the second Priory LSST student in 20 years to be awarded his gold wings. 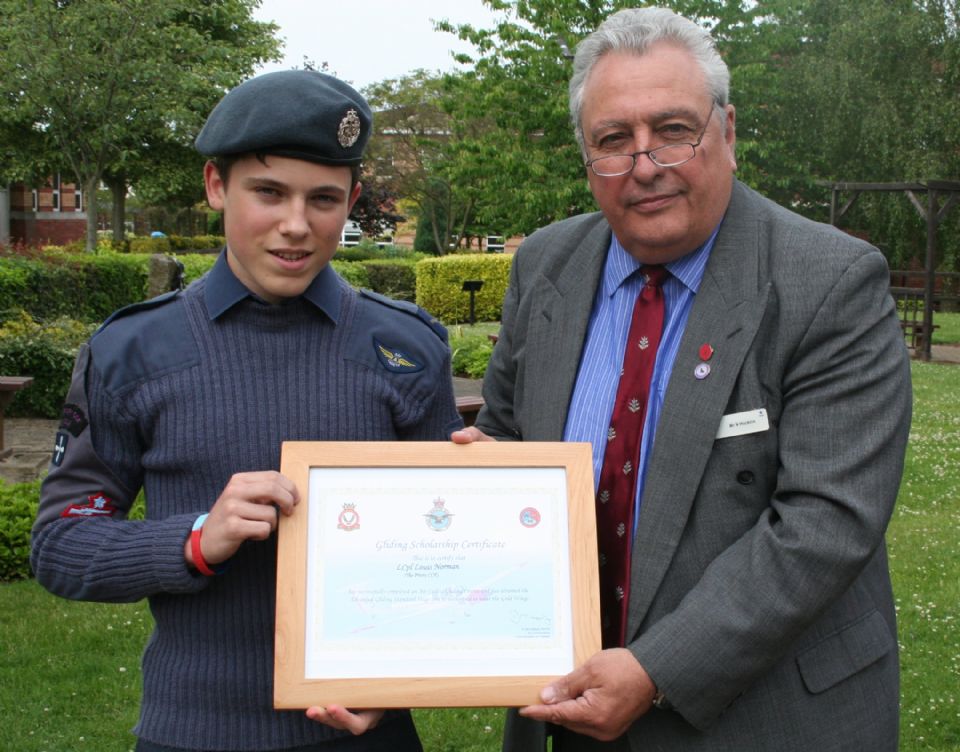 Year 11 student Louis Norman has become only the second Priory LSST cadet in 20 years to be awarded his gold wings for solo flight.

The nine-day gliding scholarship culminated in Louis demonstrating his skills, over the course of more than an hour, in taxiing, taking off, completing a circuit and landing.

Louis said: "You take it seriously because you know your life is on the line but it's a strange feeling to know you're up there by yourself and in sole control." 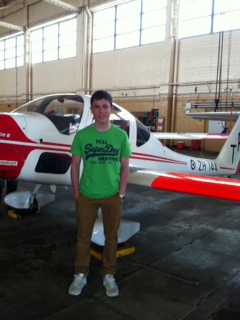 Silver wings are awarded for one solo flight. Louis was the only cadet from 12 on the course to reach the gold standard.

He said: "I've always wanted to be a pilot, hopefully flying fast jets like my dad used to do. The next thing is to do a flying scholarship while I'm in Sixth Form and then go to university before I join the RAF."

Flight-Lieutentant Nigel Huckins, RAF Section Commander for the CCF detachment at The Priory, said: "We are all very proud of Louis - this is a tremendous achievement at such a young age. CCF has been running at LSST for about 20 years and he is only the second cadet to be awarded his gold wings."

Louis is pictured above with Flt-Lt Huckins and, right, with a Vigilant powered glider. Below: A Vigilant glider in flight. 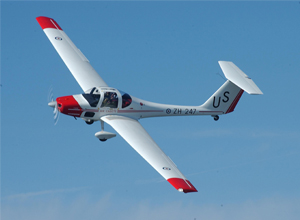