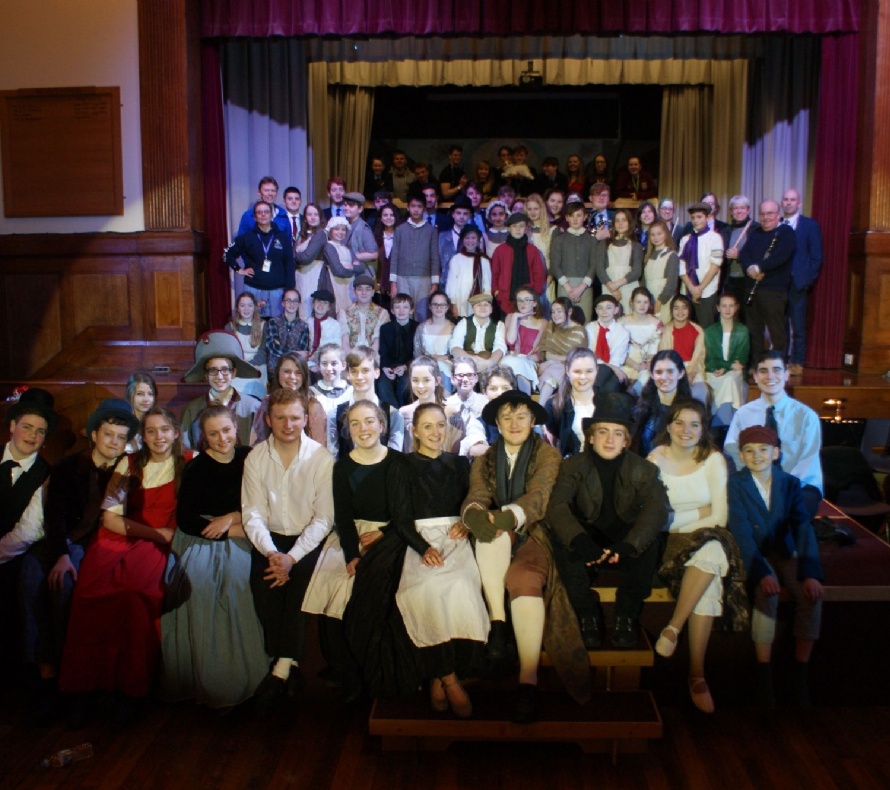 The annual academy musical took place just before half term and was a sellout success. This year’s show, ‘Oliver!’ saw Year 8 student Hugh Patten in the leading role, performing flawlessly and ably supported by Jak Morley from Year 10. Despite various illnesses taking place through the last term, all the cast soldiered on to perform superbly over the two night run. Evie Nicholson in Year 9 and Natalie Platts played Nancy and Bet, giving it lots of ‘Oom Pah Pah’ in their respective roles. Cameron Tindall and Alyssa Brock provided laughs and scene stealing, but it was Thomas Valentine from Year 12 who really ‘pickpocketed’ the show, giving a memorable performance of Fagin, making the part his own and clearly relishing the part. Once again the music accompaniment, led by Mr Billinger, helped create that professional sound and the students sang their very best each night.  All the cast, musicians, lighting sound and backstage crews deserve praise and a well- earned rest over the half term for the effort and enthusiasm they showed. Well done to all!