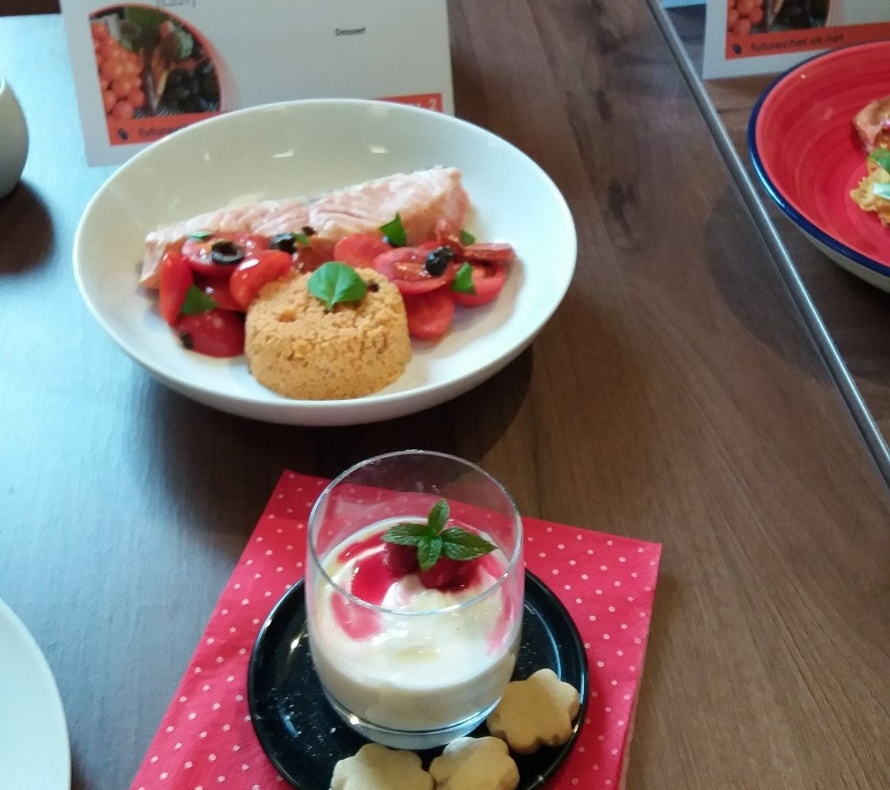 Friday 1st December, saw the local heat of the Future Chef 2018 competition. This was held at the New College in Stamford. Elizabeth Challans, Year 9, and Holly Blockley, Year 10, attended after winning the academy heats in October. For Holly this was familiar ground after competing at the College last year. On the other hand for Elizabeth it was a new challenge, which took her outside of her comfort zone. Both were up against students from The Priory Pembroke Academy and Prince William School. In total there were six students. The competition was a hard fought one with all competitors trying their best to win it. Elizabeth cooked out of her skin and took a lot from competing at this level for the first time. When the dishes had been served, the kitchen cleaned down and a lengthy judging session the results were revealed. For the second year in a row Holly was crowned the Local Heat winner for the East of Lincolnshire. She will go on to compete in the Regional Heat at Loughborough College on the 30th January 2018. A special well done to Elizabeth, as the judges were pleased with her dessert and a slight technicality with her main dish saw her finish four points behind Holly. A mention also must be made about Mr Baker and the Pembroke students whom were full of enthusiasm from start to finish and were a credit to themselves and their academy.