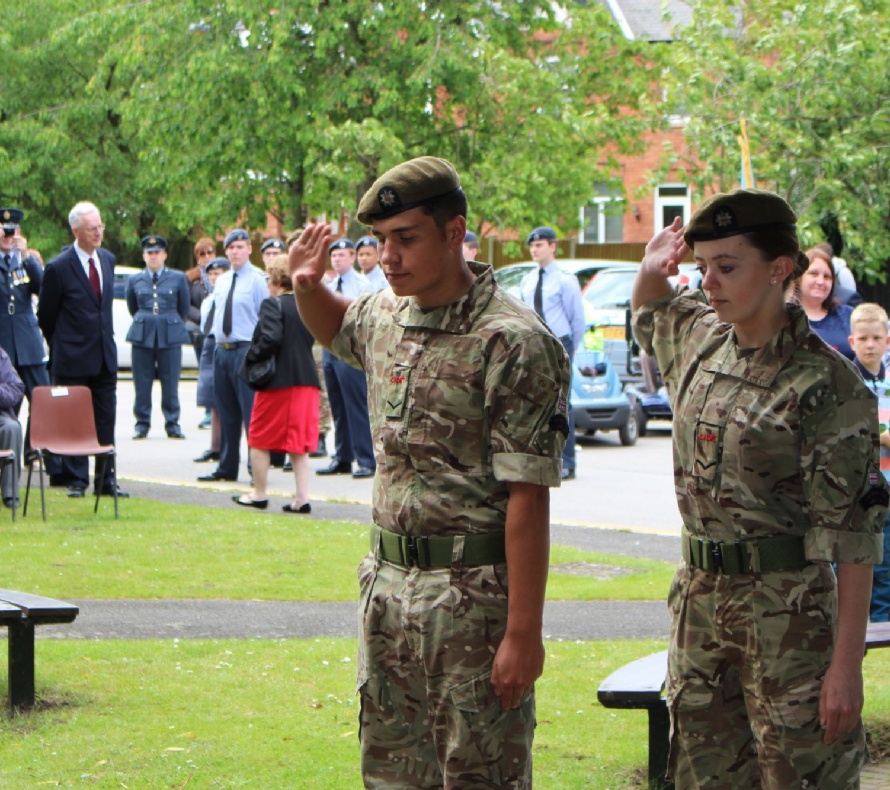 Four cadets and one officer from The Priory Federation CCF attended the No 50 and No 61 Squadrons' Association Memorial Service held during the afternoon of Sunday 11th June at Skellingthorpe. Two cadets LCpl Leah Robinson and LCpl Owen Frances had the honour of laying a wreath on behalf of the The Priory Federation. CWO Callum Frances, Cpl Max Butterworth and Fg Off Summers joined with 1237 Air Cadet Squadron North Hykeham on parade. The event was attended by a diminishing number of 50/61 Squadrons' veteran. Also present was the President of the Association, Air Vice Marshall Nigel Baldwin CB CBE and the Mayor of Lincoln. A fantastic afternoon with some very poignant words spoken and memories relived. The cadets were a credit to the Academy and the CCF and should be proud of what they accomplished.

Four spitfires of the Battle of Britain Memorial Flight conducted a fly-past over the Memorial during the 1130 hour. They were due to overfly the service at 1400 but due to forecast high winds flew over the Memorial early.