RAF Cadets go to Cyprus on the National CCF Camp 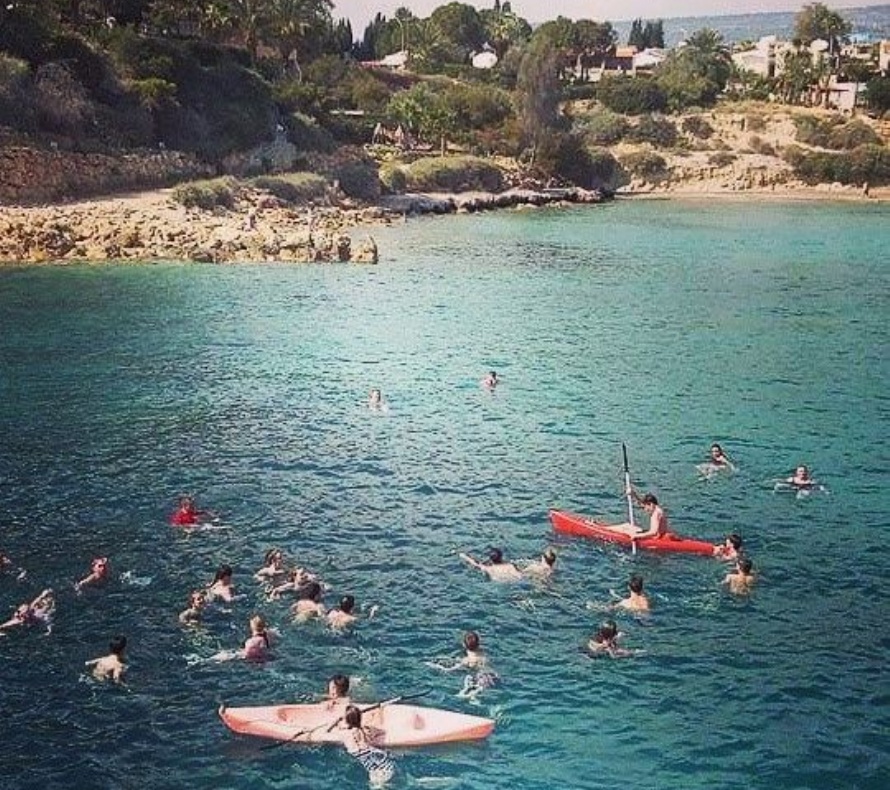 On Saturday 8th April two cadets from the Priory CCF RAF section departed from Heathrow to Larnaca airport, in Cyprus, to begin a two week visit to front-line RAF stations and Episkopi army base. The cadets arrived in Larnaca after a 4.5 hour flight and were soon met by multiple buses to take both them and the other 60 cadets to their accommodation in RAF Troodos. This intelligence station would see to provide the whole camp of 70 people (and the full time service personnel) with messing and facilities for the next 10 days.

The first day saw the cadets taking part in various ice-breaker activities, where each of the 4 flights (4 groups of around 15 cadets and 3 members of staff) would get to know who they would be living with throughout the stay. These included fully commissioned officers laying on skateboards and re-enacting the game “Hungry Hippos”.

The following few days included activities such as clay pigeon shooting with the Episkopi Garrison Gun club and taking part in the “Sparti Park” course – this was described by one of the test staff as being a “Go-Ape on steroids”. We also spent time visiting the Episkopi Army Base where we had the pleasure of meeting the dog handling team and the 2nd Lancaster Regiment. They took the time to show us some of their most recent weapon systems and we were also invited to visit the 2nd Lancs Officers Mess.

As of day 4, things became more relaxed. We spent time with the bomb disposal unit stationed at RAF Akrotiri, where we were able to drive some of the bomb disposal robots, and spent plenty of time enjoying some team building activities and playing volleyball on the beaches. The evening consisted of various Greek restaurants and barbeques as well as one night being spent in the bowling alley.

The tail end of the camp saw the cadets visit some of the more private areas of RAF Akrotiri. Here we were invited to see many different aircraft, with some including the C-130 Hercules, Tornado GR4, Typhoon FGR4, and the Griffin HAR2 – we were even given the privilege to see the CH-47 Chinook up close and personal. The majority of these aircraft could be seen taking off and landing just meters away from where we were on base.

On the final two days all 60 cadets took part in a yacht cruise around Pafos and its surrounding islands. During the cruise we were entertained by live bands and gymnasts as well as being given opportunities to swim, snorkel, and kayak in the Mediterranean Sea. We docked on a particular beach which is home to nesting turtles, and we were welcomed back on-board by a free barbeque. We finished the evening at another Greek restaurant where we were presented with our camp awards and with signed photographs and flags from all those who visited Cyprus. The very last day was welcomed with a large amount of cleaning, which was soon forgotten about when we arrived at the go-karting centre.

All those who attended made it clear that this was one of the best camps they have ever taken part in, and both myself and the others would highly recommend this to anyone who is currently a part of, or wants to join, any cadet force.