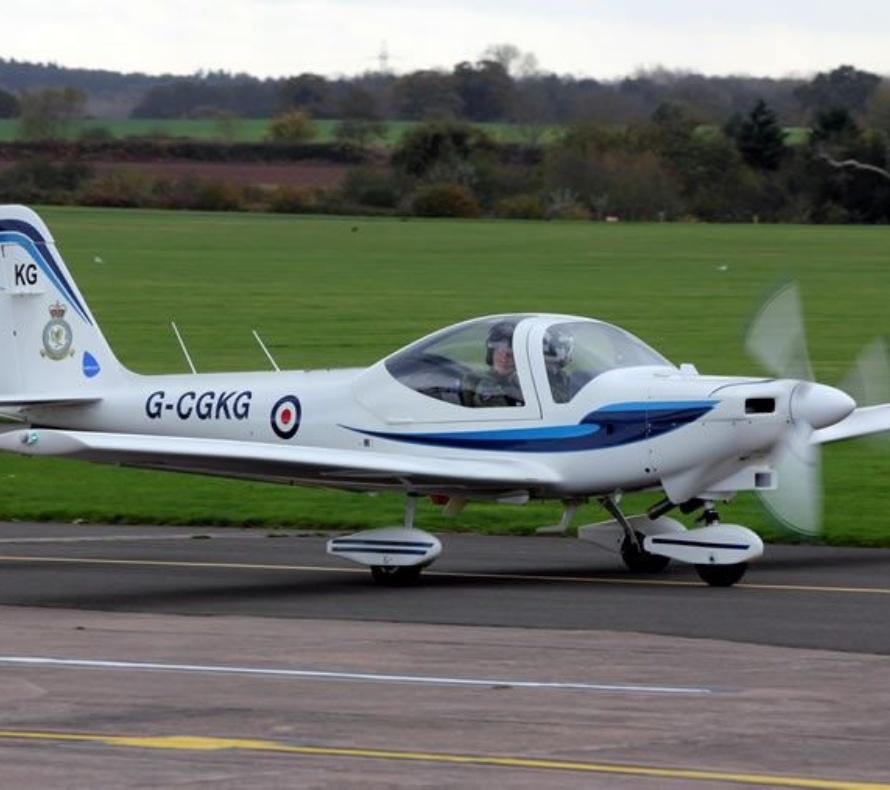 On the 10 March we were taken by Mr Huckins in a minibus to RAF Cranwell. Walking across to the flying centre building, we saw a number of aircraft lined up. In the briefing room, we were shown a video on safety in the Grob Tutor aircraft. We then got taught how to get out of the aircraft if there was an incident. The cadets were then sized for flying suits and asked to put them on. The safety person then fitted a helmet and we were given white flying gloves to wear. The final piece of equipment was the fitting of the parachute, which at first was uncomfortable but as you continued to wear it you forgot you had it on.

When called forward for our flight, I was escorted across to the aircraft, connected to the communications system and was helped to strap into the aircraft. The pilot asked if I was ok, then started the engine. We then moved along to the runway. The pilot was checking the aircraft as we moved and then we were off.

In the cockpit there was a great view of the countryside with all round visibility. The pilot then taught me turning the aircraft, then staying level. Both the pilot and I had a stick in front of us which controlled the aircraft. He could take control if I did something wrong, so there was no risk of making a big mistake. I quickly got the idea of how to turn the aircraft and make it go up and down, although this can make you feel both light and heavy. It was a great experience and being able to control a plane is the best feeling I have experienced so far in cadets.