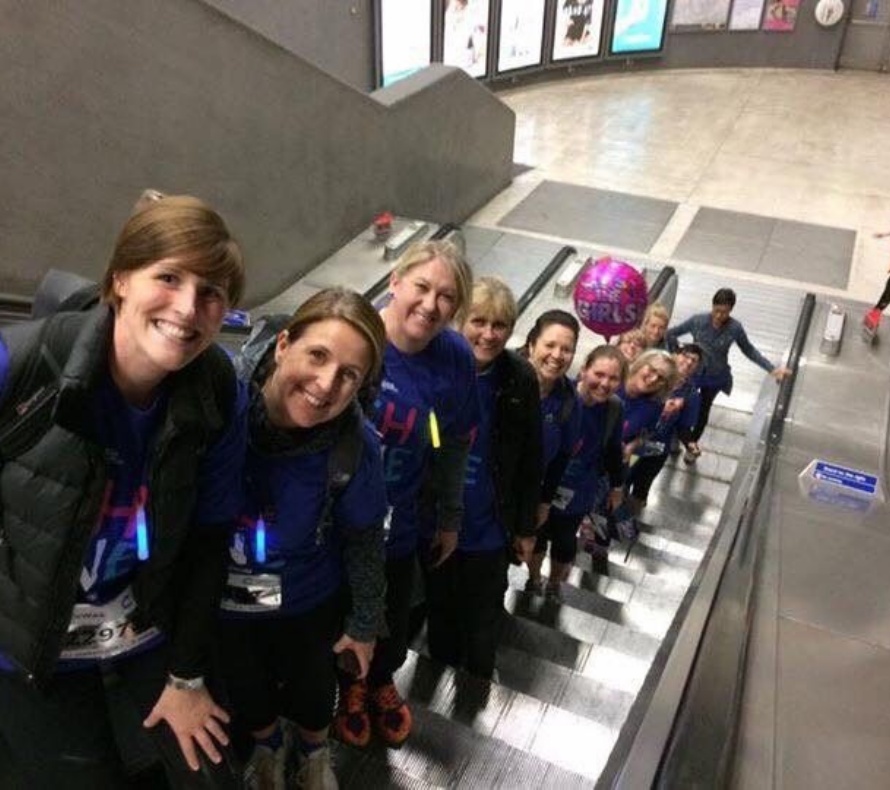 On Saturday 24th September, a team of Federation staff took part in the Shine Marathon Night Walk for Cancer Research UK in London.  Mrs Hopkinson, Mrs Davis and Miss Creaser represented the staff from The Priory Academy LSST and they were joined by Mrs Bramwell Smith (Lincoln), Mrs Czajkowski (Witham), Mrs Hill and Mrs Wilson (Ruskin) and Mrs Coster, Mrs Greenhalgh, Mrs Wilson (Federation). The group were allocated a 9.25pm start and joined 17 000 other power walkers, striders and strollers to raise funds for this vital research.

Several bottles of water, many flapjacks, protein bars and biscuits later the team completed the marathon course in slightly over 9 hours, finishing in the early hours of Sunday morning  Nursing a number of blisters, stiff joints and aching muscles, the team kept each other going throughout the night singing along to a musical compilation to keep spirits high.

The team set themselves a target of £1000, but with sponsorship money still coming in and pledges even yet being made, the grand total is expected to exceed £3000.  Mrs Hopkinson, Mrs Davis and Miss Creaser would like to extend their thanks to all who have supported their efforts.