Year 12 student Louise Bavin raised nearly £1,600 for the Teenage Cancer Trust when she leapt out of a plane 15,000 feet above the North Lincolnshire countryside. 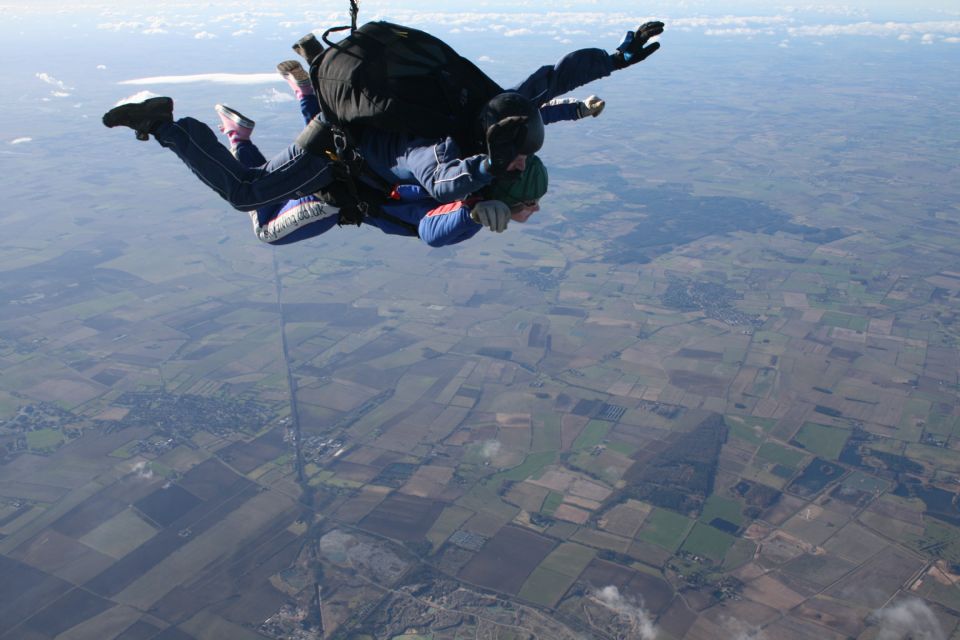 Year 12 student Louise Bavin raised nearly £1,600 for the Teenage Cancer Trust when she leapt out of a plane 15,000 feet above the North Lincolnshire countryside.

Louise, who is afraid of heights, took on her tandem skydive challenge to raise money for a cause which she describes as being very close to her heart.

Fellow Priory student Zack Hagan, then in Year 10,  died in April 2011 at the age of 15. Members of Zack's family were among the crowd watching from the ground as Louise took to the air.

Below, read Louise's own description of the day she fell from the skies. Then click here to see her gallery of breathtaking photos.

Before the jump I was really nervous but having all of my family and a few friends around me calmed me down a little bit. I had to wait a long time before I actually went off to get the jumpsuit and harness on ready to go but when I finally did, excitement took over. Once in the plane I began to feel sick with nerves but then I remembered why I was doing it and calmed down a little.

Once the plane door was opened three people jumped out first and then it was my turn. As I got closer to the edge I thought to myself 'I really don’t want to do this', but there was no turning back now and so I made the jump and again thought about all the people who will benefit from me doing this, and I began to enjoy it.

The views were spectacular and freefalling gave me a feeling of being free and exhilarated. Once the parachute was open I could really take in all the views and I was actually allowed to control the parachute myself for a short time.

As my feet touched the floor I couldn’t wait to see my family again and tell them how amazing it was.  I can honestly say it was, by far, the best experience of my life.

I cannot express how grateful I am to everyone who supported me and everyone who has donated; without them none of this would have been possible.