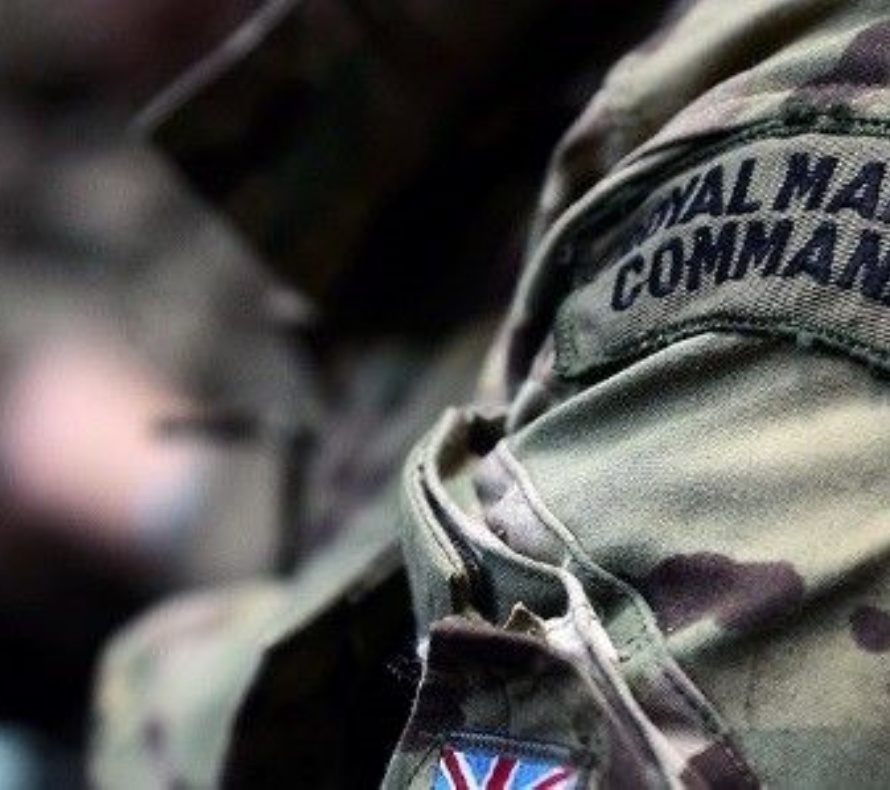 On Tuesday the 28th of June, thirteen cadets went to Louth to meet some marines. When we got there, the marines split us up into three groups so that we could complete all three activities within the two hours they had with us. The activities they had planned for us consisted of learning about and getting to look at some of the weapons that they use, climbing a forty foot rock wall and getting to ride in some of the speed boats they use.

The weapons, which they showed us, were a L85a2 SA80 With an underslung grenade launcher, an MLAW (a rocket launcher), a GPMG, a Minimi, a Designated Marksman Rifle (DMR), an Assault shot gun and a Glock-17. The L85a2 SA80 was a similar weapon to the L98a2 GP cadet rifle that we use in cadets but on their weapon they had a special hand guard that you could add attachments onto it like the underslung grenade launcher that was attached to it.  The next weapon they showed us was the GPMG (general purpose machine gun) And the marines told us that this weapon would fire as many rounds as you fed it but after firing 600 rounds you would have to change the barrel as it would get so hot it would start to melt. They then showed us an MBT LAW ( main battle tank and light anti-tank weapon). They said that tanks were no match for this weapon as you would hold the trigger down for three seconds whilst aiming at a tank and it would lock on the tank then when you pressed the trigger fully it would track the tank then just as it was above, the rocket would fly up and then come down onto the top of the tank destroying it. This weapon had three safety catches as it is only fired once then it has to be fixed and the cost of firing it was £30,000. The last three weapons they showed us was the DMR, the assault shot gun and the Glock 17. They said that the DMR was a rifle in between the normal rifle you would use and a sniper rifle so it had a longer range than a normal rifle but not as long of a range than the sniper rifle. The assault shot gun was only used for shooting doors of hinges or if you come face to face with an enemy whilst holding it as it is classed as inhumane to kill someone with it. The Glock 17 was one of the pistols used and they said it was called the Glock 17 as that's how many rounds it holds although they only use 15 in it to avoid stoppages.

When we went to climb the rock wall we all got given a harness each and they attached us to the automatic pulley system so that we could climb the wall without anyone having to spot us (manually hold the rope). There were four different routes to take on the wall, green being the easiest and black being the hardest but as it had been raining, they were all very slippery.

The last activity was riding in the Zodiac speed boats. There were two so a couple of people got to go in each boat at a time. We all got given a lifejacket each and then each couple of people would climb down onto the dock then get into one of the boats. They first started driving us around and then each marine driving the boats decided to try and splash each other so we got very wet. Unfortunately we didn't have a spare pair of clothes so we had to get on the minibus soaking wet to have the hour long journey back to school.