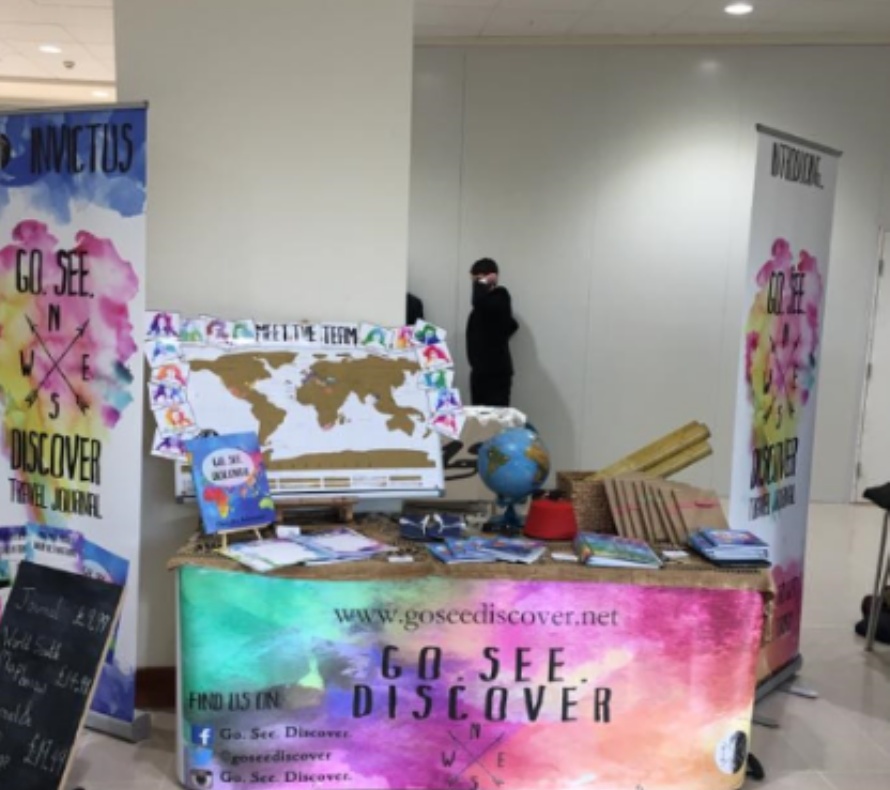 Saturday 30th January brought about an all new victory for our Young Enterprise story – their first award. After an early start at 8:15 they soon got their stand set up at the Waterside Centre in Lincoln, all ready to start selling their Go.See.Discover travel journals and their Scratch maps.

With 6 of the team there and 2 more to come they split up to have two go outside, two upstairs and four to stay at the stand. Their strategy in place, they had their first two sales come quickly and started a steady stream of customers.

After a while the morning rush came and with it many customers, some kind enough to even buy more than one item. Most were enticed by the team’s entrepreneurial strategies and seemed to love their proactive nature. Many even complemented the team on its put together and synchronised looks. Overall Invictus made 45 sales which was an almost 50% increase on the sales at ASDA for books. They also sold out of the maps, but don't worry the extremely popular item is soon being stocked up again.

Then it was time for the awards! A few people from each group rushed over to hear the verdict. It was a nervous wait for around 10 minutes but then clapping was heard and our team had won an award!! It was amazing they had done so well. Out of 10 teams only 3 were able to get awards and ours was one of them. Invictus won an award for best trade stand. They were delighted, especially considering all the effort that had been put in.

Invictus now look forward to future sales both in our school and in our community with a hopeful heart. Although they will obviously stock up on more books and maps, some of the profits are hoped to be reinvested into further expanding their business into areas such as apparel or wristbands. They have not quite decided just yet but there are definitely new and exciting ventures ahead.

Thank you to everyone who brought a book on Saturday and to those who came to support us in all your numbers.