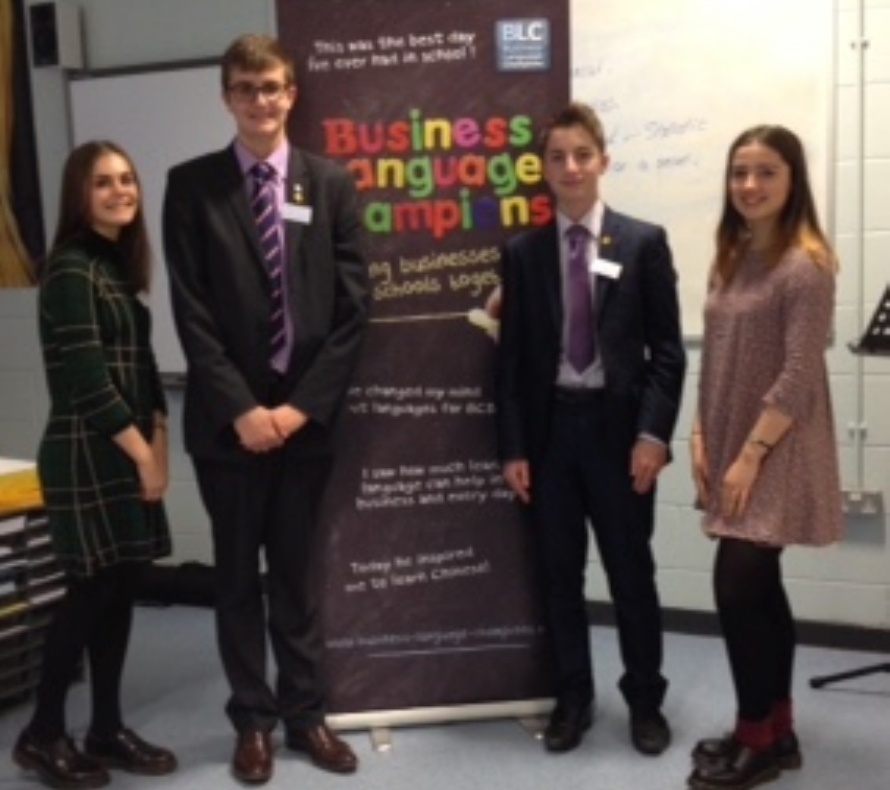 On Friday four students of A-Level French took part in a French debating competition  at St George’s Academy in Sleaford.  Throughout the day they also had the chance to meet with Emma McClarkin, MEP for East Midlands, who gave a talk about the importance of languages for careers in politics and international relations.

They also deepened their debating and speaking skills through workshops with a public speaking coach. Elizabeth Heyes (Y13), Lola Sharrock (Y12), Greg Pankhurst (Y12) and Harry Nuttall (Y12) debated three times throughout the day against the best teams in the county and beyond. After the first debate, the team was 2nd overall but the competition proved very tough and the team came 4th overall (out of 9 teams) at the end of the competition. Our students did a fantastic job, Harry and Lola garnering honorable mentions for ‘excellent speaking skills in French’ and Elizabeth and Greg being praised for their accent and attitude by staff. Overall the day was a real success and we are now looking forward taking part in another debating competition in February.