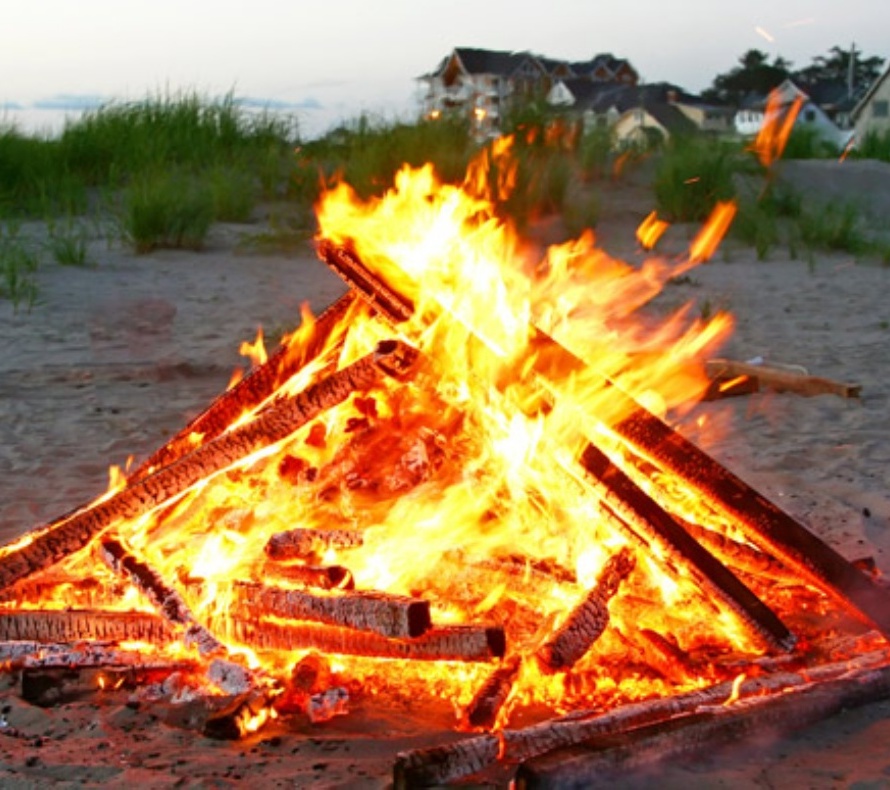 The bonfire stood tall and proud, close to the decrepit, crumbling shed; the ground in between - no man’s land.  Small puffs of smoke and air began to emerge from the smouldering crux of the bonfire, advancing ever so slowly towards the shed that still stood tall despite its pathetic appearance.

Small snaps and cracks pushed up through the wood, barely audible, teasing the shed as small flickers of orange light peered through the many cut branches creating an ominous glow akin to that of a rough-cut Halloween pumpkin.

The heat rose, distorting the air around it into waves. That small glow grew brighter, sparks gracefully gliding away from the small flame, like soldiers scouting the nearby area. Smoke flowed from the smouldering pile effusing a powerful smell that scorched the back of the unfortunate on-lookers’ throats. Still the shed stood quietly, patiently… silently waiting.

A flash. One flash. That’s all it took to set the wood ablaze. The bomb that had been waiting to go off had just made its move. Fire climbed quickly up the dried wood sending sparks like bullets in all directions.

Consuming everything, the raging beast soared high into the sky sending a loud war cry over to the waiting shed. Reds, yellows, oranges merged into one fiery tornado with loud cracks going off like gunshots. Bangs, cracks, reds, yellows, smoke, flames, bullets, sparks, gunshots. All this but yet, the shed stood patiently, waiting for the advance, staring into the end.

Crack! A shower of sparks fast as bullets advanced across no man’s land and attacked the waiting shed. War had begun.

Little explosions of orange light illuminated the roof for a brief second and seemingly had no effect until those spots erupted in flames. Those flames quickly made work of consuming the shed’s roof until there was nothing left but a glowing mass of embers. Then the flames gnawed at the rest of the shed like termites before the fiery cube came tumbling down. The fire had consumed everything the shed was, leaving nothing left. The shed had nothing more to give. Defeated it lay glowing, dying, slowly. Using its last dying breath, the shed now reduced to ashes let out a high pitched squeak before letting a puff of smoke leave its corpse and it had finally died out.

For a fleeting moment the bonfire roared with bright victory before ceasing fire and slowly. The bonfire had won the war and with a last gasp of glowing life it let out its last crack before leaving behind the same smoking corpse as the shed. And it was over. Glowing, soaring, roaring and finally fading into darkness. It was over.