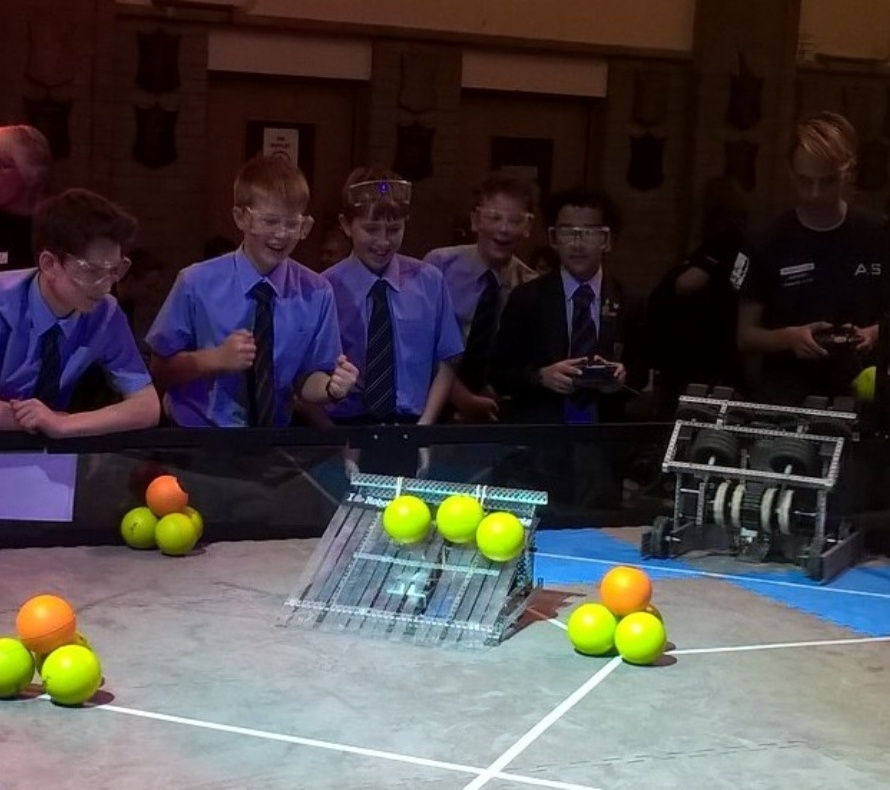 Two teams from the LSST took part in the first Vex Robot Challenge of the year at KEVII School in Coventry last Friday.  This year’s challenge is called ‘Nothing But Net’ and students must build a robot that can work with a partner robot flinging balls into a high net or be able to lift their alliance robot 30cm off the ground.

It was a hotly contested event with some well-engineered machines.  After surging up to second place early on, the Year 9 team slipped back during the day and during the knockout phase fell in the quarter finals. The Year 11 team were unlucky to have succession of randomly selected very ineffective partners and suffered many losses as a result. They also fell in the quarter finals but the robot was one of the best of its type and could easily have won the event. The robots can now be improved before the next event.