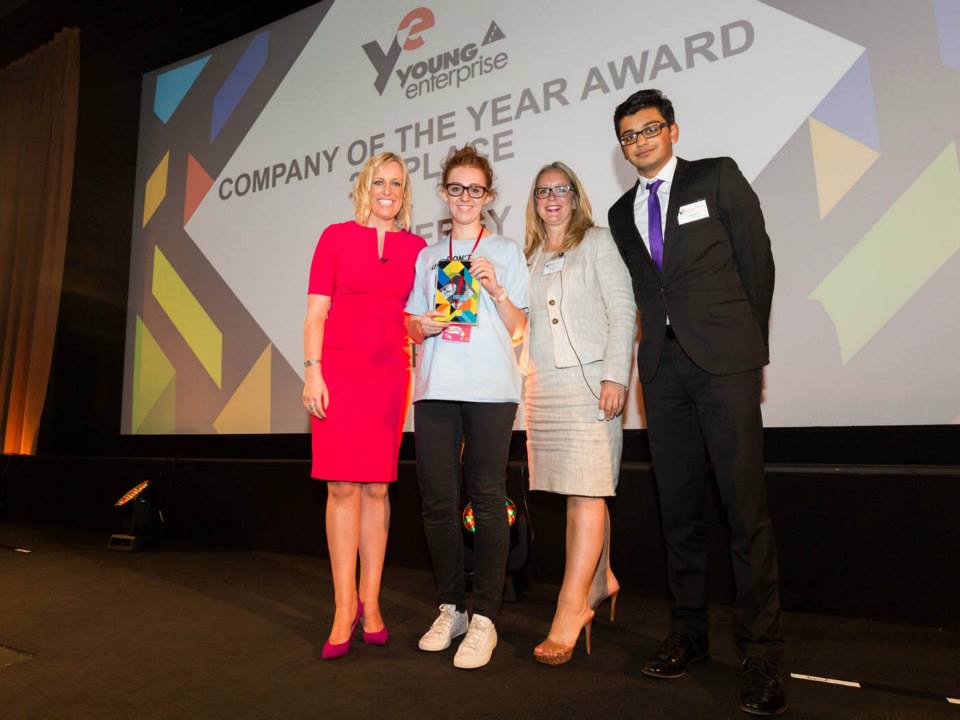 The national final began on Wednesday 1st July 2015, when five representatives of Synergy travelled to London for a three-day event. This followed the team's victory at the East Midlands Regional Young Enterprise Finals in May. The five representatives were Tilly Wilks, Edward Newhnam, Rosie Evans, Shannon Roberts and Gabrielle Vickers.

For those not familiar with Synergy’s story, they are a group of teens who have created a product called ‘You Don’t Understand’, a series of books written by teenagers for parents about understanding teenagers . The students had initially written four books entitled ‘Love’, ‘Drugs and Alcohol’, ‘Social Media’ and ‘School’. At the National Finals, they unveiled their fifth book ‘Mental Health’, which they have written along with the social enterprise and fellow Young Enterprise team Project Mind. The team have also translated the books into other languages, including Spanish, French and German. 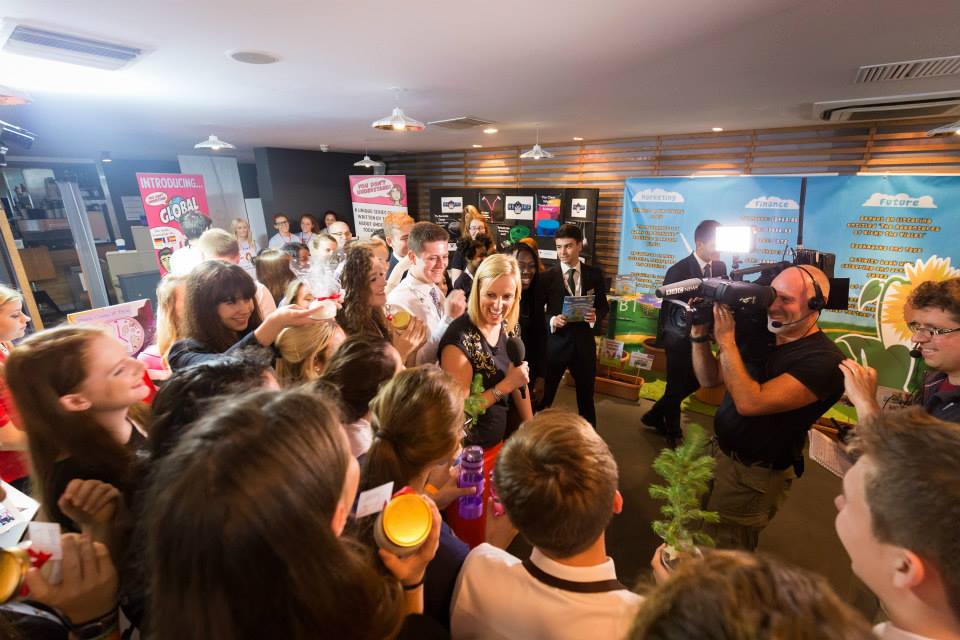 On the Wednesday, the team met with Mr Sleight and Mrs Cavill at Lincoln Railway Station to travel down to the Waterloo area of London. This presented the team’s first challenge; the team had a seven-foot table that they needed to transport by train and Tube! Fortunately the team prepared well; with the help of Mr Huxtable earlier in the week, they managed to saw the table in half so it was easier to carry and created a hinge so they could put it back together easily. Still, there was a lot of equipment to take on the journey but the group managed it due to their good levels of teamwork and endeavour. Carrying it around the Tube network was a particular challenge, but also provided a few laughs!

Once in London, the team had a briefing from YE at the British Film Institute which explained how they would be judged over the week and what events the team were expected to participate in. They then played in a few games where they bonded with the other teams. In total, 14 teams were participating in the event. We thought we had a challenge getting to the event from Lincolnshire, but hearing the stories of how the teams from Gibraltar and Scotland managed to get to London soon put this into context.

Following the briefing, the students were taken to their accommodation at Kings College. This was followed by a free evening in London. The students took full advantage of this, firstly going to Pizza Express for a meal and then taking a trip on the London Eye, which was a great experience and a good source of inspiration going into the competition the next day.

Day 2 was ’Competition Day’. Knowing that they had to be at the British Film Institute (BFI) by 7am with their Trade Stand set up, the group were up just before 6am. However, on hearing some teams were already at the BFI, the group got there as quickly as possible and arrived for 6.30am. The group then quickly and efficiently set up their stand.

At the BFI there was a real buzz in the air. The BBC Breakfast team were present, covering the morning live on BBC1 with their business expert, presenter and former YE participant Steph McGovern. Steph was circling the room interviewing each team one at a time. At 8.55am it was the turn of Synergy and they came across superbly on the programme.

Following BBC Breakfast coverage, the competitive elements of the day began. Firstly, the group had two 15-minute interviews with two separate sets of judges. The group kept their calm during these interviews and the judges’ feedback was very positive. They then rehearsed their presentation which they would later have to perform. 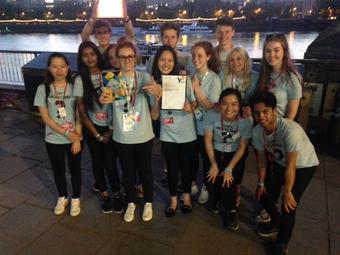 Before the presentations began, the team had lunch and attended several ‘flash sessions’ where the students were given tips by business professionals and experts from the likes of Asda, Cisco and Disney.  During this time, Mr Sleight and Mrs Cavill took a well earned break and bumped into Britain’s Got Talent runner-up and magician Jamie Raven. A quick conversation with Jamie soon saw him endorsing Synergy’s product!

At 3pm the pressure was on. The 14 teams were set to give their four-minute presentations to the judges, other teams and a few guests, including the rest of the Synergy team who had now arrived to support the five presenters. Only the top five presentations would be presented later that evening at the awards ceremony where many guests would be attending, including some well known faces. The group performed superbly, giving their best presentation yet, but the standard of all the other team presentations was very high. A nervous wait followed the presentations. Would the group get to perform again later? Wel,  it was only a short amount of time until we found out that the group were in the top 5 and were due to perform at the awards ceremony! We knew this boded well for the rest of the competition and the team were delighted. There was even an outburst from Mrs Cavill who began chanting and banging on the tables!

At 6pm, the guests began to arrive. Ever the entrepreneurs, the group did not hang around chatting to people but spotted an opportunity to sell. They swiftly directed people to their trade stand and sold many books, impressing people with their business acumen.

At 7pm the awards ceremony began. The evening was presented by Steph McGovern who had joined us again after covering the event on BBC Breakfast in the morning. The event also included several guest speakers:

Click here to see a gallery of photos from London

After giving their presentation for a second time and following an interval, the group then had to wait nervously to find out who had won which award. With the standard so high, it really felt like anyone could win, with most teams stating they would be happy to just finish in the top three.

After awards were given to individuals, plus some other awards for teams, it was on to the big award of the evening ‘UK Company of the Year 2015’. There were three awards available - 2nd runner up, 1st runner up and overall winner. 2nd runner up went to Biodiversity; then onto 1st runner tp … Synergy! A phenomenal achievement. 1,671 teams entered the competition and the group had done superbly to get this far.

The overall winners were Orenda from the East of England who created the Sip O Snack bottle - a bottle that has a screw on component for storing food. But Synergy did not care too much, they were to busy celebrating their own achievements and were delighted to do so well.

The next day, the group headed back to Lincoln - although not before an interview on BBC Radio Lincolnshire who reported on how well the students had done. The amount of well done messages that came in was truly overwhelming and it was clear how proud The Priory Academy LSST, Lincolnshire and the East Midlands were of the team. It was later discovered that a team from Lincolnshire had NEVER performed so well and that Synergy were history makers who have left a lasting legacy.