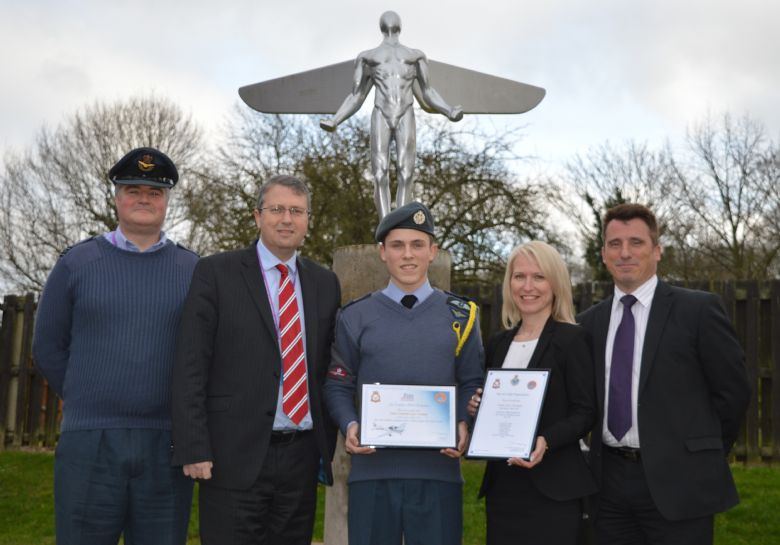 Louis, a Cadet Corporal, took to the skies by himself after successfully completing 12 hours' instruction at Tayside Aviation in Dundee.

He has now been formally presented with his solo certificate by CCF Contingent Commander Mr Stones and Priory Academy LSST Headmaster Mr Jones. At the same time, Louis received a certificate marking his Air Cadet leadership qualification from a course at RAF Cranwell.

Louis' ambition is to follow in his father's footsteps and become a fast-jet pilot in the RAF. The Priory student qualified as a solo glider pilot in 2013 and, as a Staff Cadet at RAF Syerston in Nottinghamshire, is now aiming to become a gliding instructor, too.

Louis is pictured (above) with Squadron Leader Mr Stones, Mr Jones and his parents after being presented with his certificates; and (below) with his Grob 115D2 Heron training plane in Dundee. 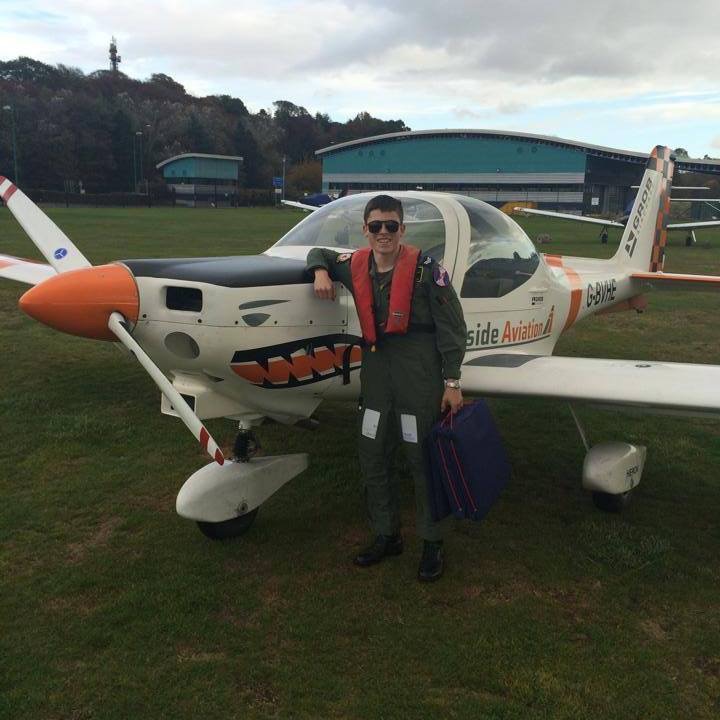