Students debate with Cambridge academics to boost women in science

Students from the Priory Academy took centre stage at an event to encourage young women to consider careers in science, technology, engineering and maths, organised by the University of Cambridge. 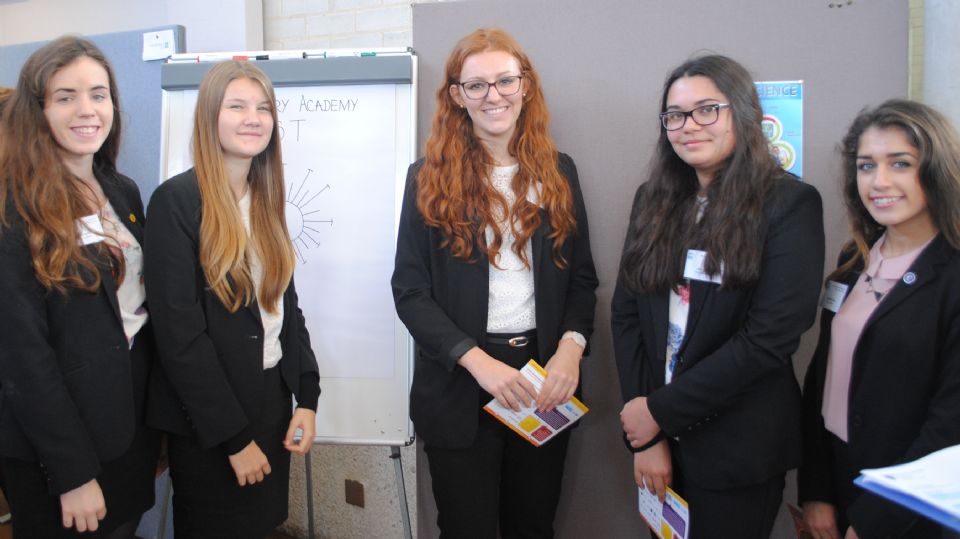 Students from the Priory Academy took centre stage at an event to encourage young women to consider careers in science, technology, engineering and maths, organised by Murray Edwards College, part of the University of Cambridge.

Held as part of the College’s 60th Anniversary celebrations, the conference celebrated the contribution of women to science, technology, engineering and maths (STEM) subjects and professions, and debated the barriers which can deter young women from choosing these subjects at university.

The Lincoln girls met leading female scientists, including Dr Maggie Aderin-Pocock, space scientist and presenter of BBC The Sky at Night, Professor Dame Athene Donald, and Professor Denise Morrey, Professor of Mechanical Engineering at Oxford Brookes University, and shared their thoughts on how young female scientists should be supported and inspired.

They also heard from recent Murray Edwards graduate Olivia Walker, who spoke about how she discovered her own passion for science, which she is currently exploring as a PhD student.

“It has been interesting to hear different views on women in science,” Amelia said, “and to see women who have gone a long way in science. They are very inspirational figures.”

Miss Booker, who accompanied the students, said: “We’re hoping that the girls will be encouraged today, both in their university choices, and through finding out what you can do with a science degree. There are so many career paths available.”

Keynote speaker Professor Dame Athene Donald commented, “Despite an increasing awareness of the issues surrounding women in the scientific workforce, including encouraging them to enter STEM careers in the first place, there is still much to be done. It is disappointing to see how slowly progress is being made, but discussing and disseminating best practice, as well as identifying what goes wrong, are crucial for future generations.”

Dame Barbara Stocking DBE, President of Murray Edwards College, University of Cambridge, said, “As a college for women, Murray Edwards strives to engage with this debate and to understand the issues facing women in science. We were delighted by the inspiring participation of everyone who attended the Symposium from our key-note speakers to the enthusiastic students from local schools.”