Members of The Priory's Combined Cadet Force will be pushing a small-scale version of a tank when they take part in year's Lincoln 10k road race. 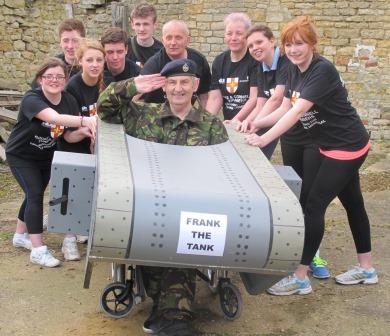 Members of The Priory's Combined Cadet Force are adding an extra challenge to this year's Lincoln 10k road race - they will be pushing a small-scale version of a tank.

The 14 CCF students will be sharing the dutiies as they push fund-raiser Frank O'Connell around the course on Sunday, 6th April.

Mr O'Connell has had his wheelchair decorated as a tank, with money raised from his Cooke Connell charity going towards the Lincoln Tank Memorial project.

The proposed memorial would see a WW1 tank placed on the Ropewalk roundabout, near Morrisons in Lincoln, which is close to where the factory which manufactured the first tank was located.

Flight-Lieutentant Nigel Huckins, RAF Section Commander for the CCF detachment at The Priory, said: "We are happy to help out and hope everyone has a very success ful day." 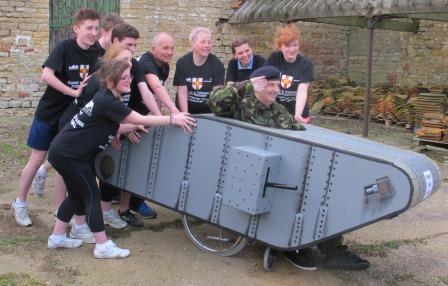