Successful DofE Award holders from The Priory were invited to a DofE Lincolnshire celebration event at Lincoln Minster School. 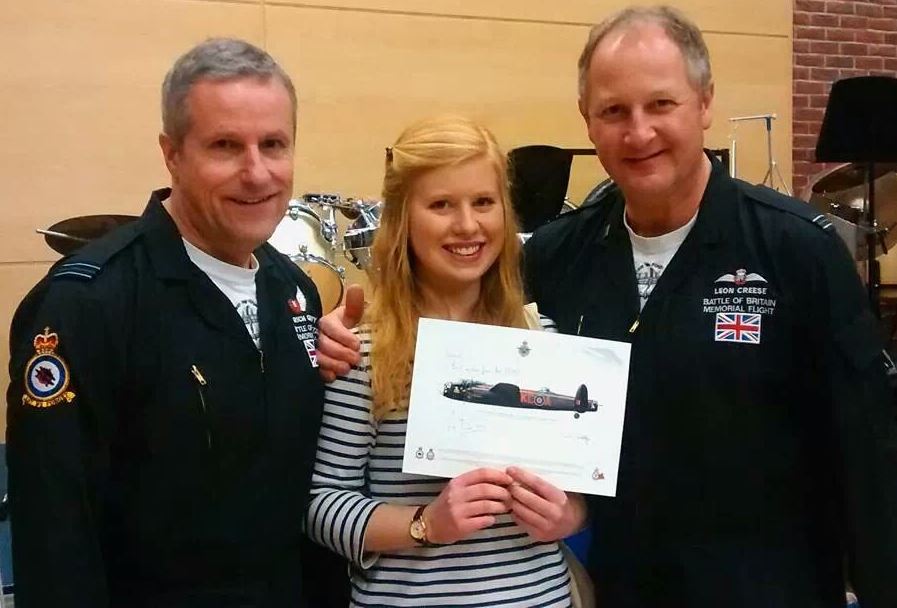 The event, held in the Recital Hall, was well attended by schools and youth groups from all over Lincolnshire to celebrate last year’s successes.

The following pupils represented The Priory Academy LSST and received recognition of their achievement from Olympic silver medallist Phil Brown (4x400m relay, Los Angeles, 1984) and members of the Battle of Britain Memorial Flight:
Hannah Churchill (pictured above with members of the BBMF)

Mrs Pomeroy also attended so that she could receive (right) her long-awaited Gold DofE Award certificate from Phil Brown. This was also a timely recognition of all the support Mrs Pomeroy gives The Priory's Gold Award participants.