One of the UK's leading parliamentary experts, Lord Norton of Louth, met Sixth Form students at The Priory Academy LSST. 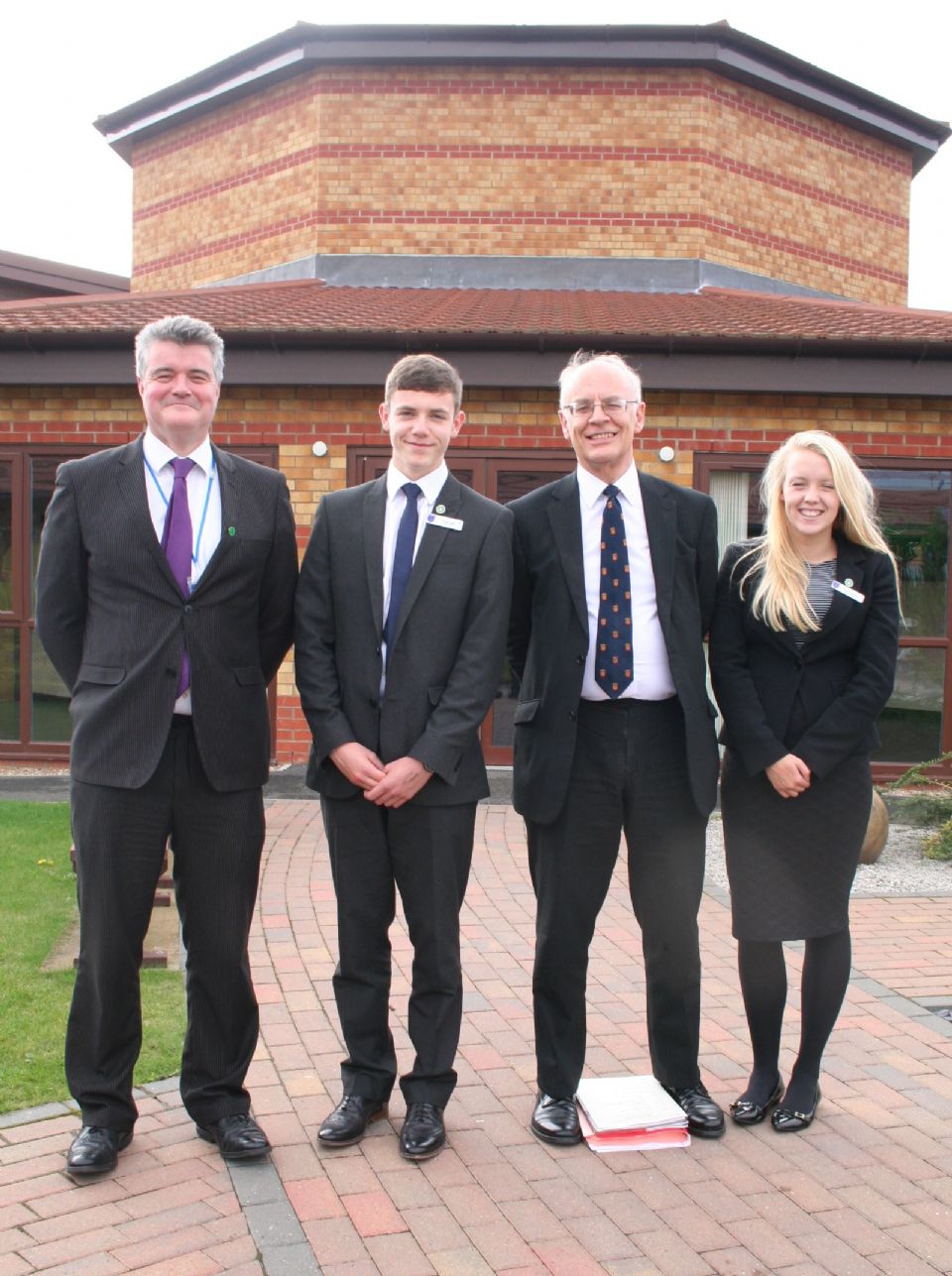 One of the UK's leading parliamentary experts, Lord Norton of Louth, met Sixth Form students at The Priory Academy LSST.

Lord Norton’s visit was designed to encourage students to engage more with the political and parliamentary process.

Lord Norton met about 45 Sixth Form History, Politics and Law students in the Gagarin Debating Chamber to talk about the work and role of the House of Lords.

His talk was followed by a question and answer session on aspects of the parliamentary process and life at Westminster.

Mr Newbold, Assistant Head at the Academy, said, “This was a fantastic opportunity for our students to interact with someone who knows the parliamentary system inside out, as it can sometimes seem far removed from their daily lives.”

Lord Norton, who was educated at King Edward Grammar School in Louth, has been described as "the UK's greatest living expert on Parliament”.

He said: "It was a thoroughly enjoyabke afternoon. All the students were engaged and involved in the debate, and it was refreshing to hear so many lively and different opinions."

The visit was arranged through the Lord Speaker’s “Peers in Schools” outreach programme, which has been running across the UK since 2007 and has so far involved around 50,000 young people.

The programme sends members of the House of Lords into schools and colleges across the country to give talks in support of the citizenship curriculum.

Baron Norton of Louth is an author, academic and Conservative peer. He has been described as "the UK's greatest living expert on Parliament" (Political Studies Association, 2008) and "a world authority on constitutional issues" (Daily Telegraph, 2007).

Lord Norton, 62, was educated at King Edward Grammar School in Louth, the University of Sheffield and the University of  Pennsylvania. He was created a life peer in 1998 and is a former chairman of the House of Lords Constitution Committee.

Lord Norton is a Professor of Government in the Department of Politics and International Studies at the University of  Hull. Since 1992, he has also been the Director of the university’s Centre for Legislative Studies.

For further information on “Peers in Schools”, visit www.parliament.uk/lordspeaker .