British Champion at Tae Kwon Do 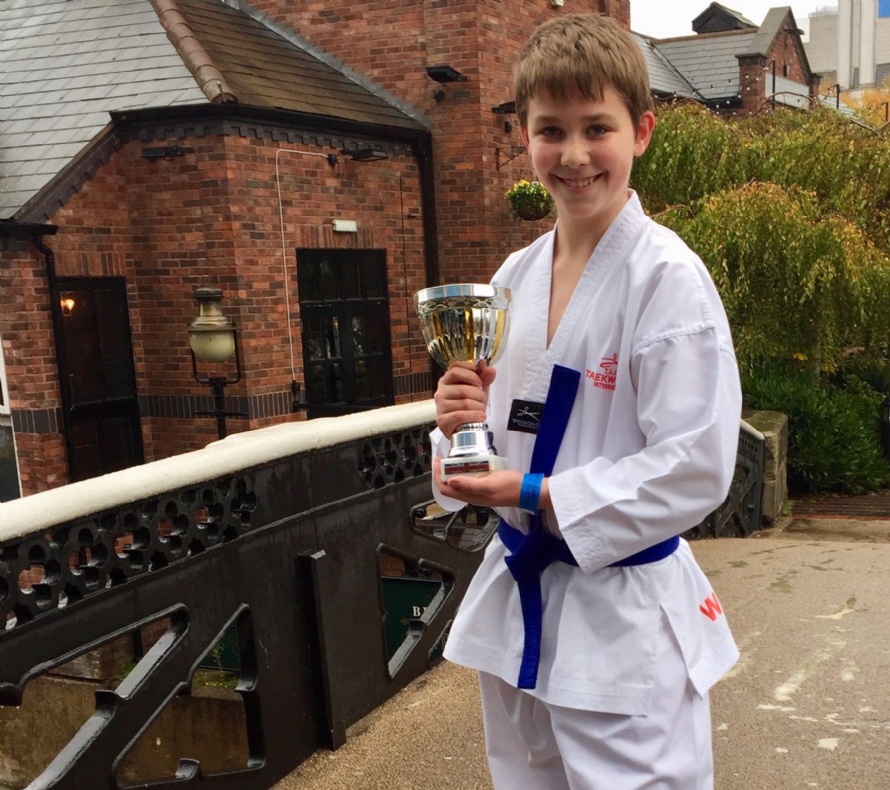 Last year he won the same competition but that was at yellow belt.