A Knight at LSST: Design Competition 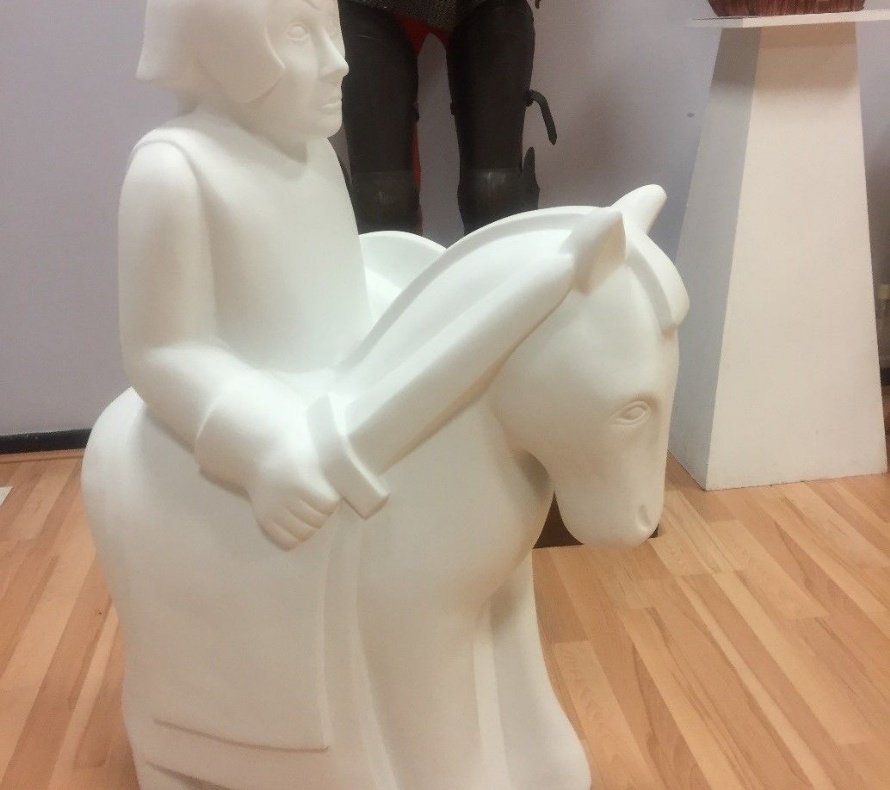 White knights. They are certainly pure, virtuous and chivalric... but very dull to look at! The Priory Academy LSST has its own 'White Knight' - you may have spotted him in the Gallery - and we need your help to give him some presence and personality!

Every knight needs a coat of arms so he can be recognised, and we want you to design suitable heraldry for him. Your design should reflect the ethos of the Academy - the values we stand for - but you should be as creative as you can be and certainly endeavour to make him stand out! You might even research and apply the rules of medieval heraldry, but don't feel constrained by these.

All designs should be completed on the sheet found HERE. You can get a copy from the History Office too. It should be submitted no later than Friday 24 March. Please annotate your design to explain what inspired it, and remember to give your knight a name!

What's most exciting is that the winning design will be applied to our knight and the completed sculpture will then be displayed in Lincoln town centre over the summer, alongside those from other schools and local businesses, before returning to the Priory Academy LSST. The winning designer will obviously also be credited for their creative prowess.

There is a reason for all of this of course. Lincoln was at the centre of many of the medieval period's pivotal events, and in 2015 the Barons' Trail saw decorated sculptures appear around the city to commemorate the 800th anniversary of the signing of Magna Carta, which enshrined the principles of the rule of law in England, and was the first significant step on our road to democracy.

2017 is the 800th anniversary of two other significant events. The first was the Battle of Lincoln Fair 20 May 1217, during which Lincoln castle was besieged by a French army loyal to their future king Louis VIII, who was attempting to seize the crown of England. Lincoln held out and an English army was able to inflict a crushing defeat on the French surrounding the castle. The event was a turning point in the conflict and Louis abandoned his invasion, ensuring English monarchs would continue to rule the country. The second event was less dramatic but no less important. In many ways, the Charter of the Forest, 6 November 1217, had more relevance to the ordinary people of England than the much more famous Magna Carta. It ensured that free men had rights to access royal forests, which were a vital source of fuel and food.

To mark these key moments in our history, the Academy is taking part in this year's Knights' Trail project organised by the Education Business Partnership. A central part of these commemorations will be a display of the knight statues decorated by schools and businesses from across the county, including ours. Your design could be the one to adorn The Priory Academy LSST's chivalric herald, so get involved and get creative!

More information about the Knights' Trail and the events connected to it can be found HERE.